8/16/2022 -
NEXT EVENT: Saturday Night August 27th - Hall of Fame Night We will NOT be racing on Saturday, August 20th due to scheduling and staffing conflicts wi 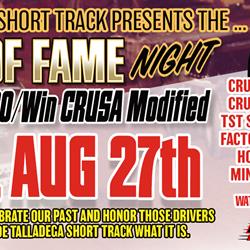 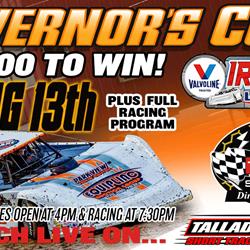 8/10/2022
Info for this Saturday night August 13th Iron-Man Racing Series $10,000 to Win Governor’s Cup event: Gates Open at 4 PM Hot Laps at 7 PM Teams traveling from Duck River Friday Night will be allowed to come in and park overnight, AFTER the conclusion of Kart races Friday...more 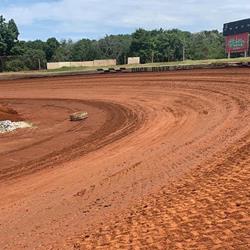 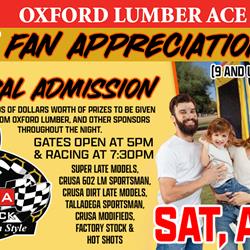 8/3/2022
It's one of our most anticipated nights of the summer - Oxford Lumber/ACE Hardware Fan Appreciation Night!! $5 Grandstand Admission THOUSANDS of $$$ worth of prizes will be given away throughout the night, Bounce House for the kids and other exciting activities are on tap...more 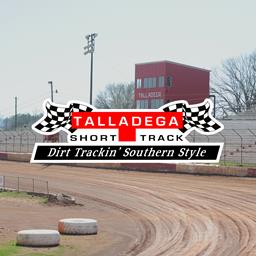 Information for this weekend’s Alfred Gurley Memorial Twin 25’s for Super Late Models:
First, just for anyone that doesn’t know, Alfred Gurley was the man behind the construction and maintenance of TST as co-owner for many years. His ability to make the best racing surface put TST on the map and helped garner the “Hornet’s Nest” nickname. His race car number that he ran before owning the track was 25, and the twin 25s were his favorite event, so we do this to honor his memory.

Now for race info:
Super Late Models will qualify for starting position in Feature #1.
The winner of the first feature will pill draw a 0,4 or 6 for invert to start Feature #2.
Both features will be $1,500 to win, $150 to start, and 25 laps.

TST Sportsman will not be on the schedule Saturday, but we will offer a bonus ($200 and $100) to the top 2 finishing TST Sportsman that elects to run the Twin 25s.

All other classes will be in action!

See you Saturday night at “The Hornet’s Nest “! 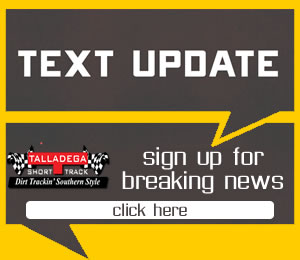